Please note that LEAF staff are currently working remotely as per public health recommendations. While we’re making every effort to answer messages as quickly as possible, response times will be longer than usual. 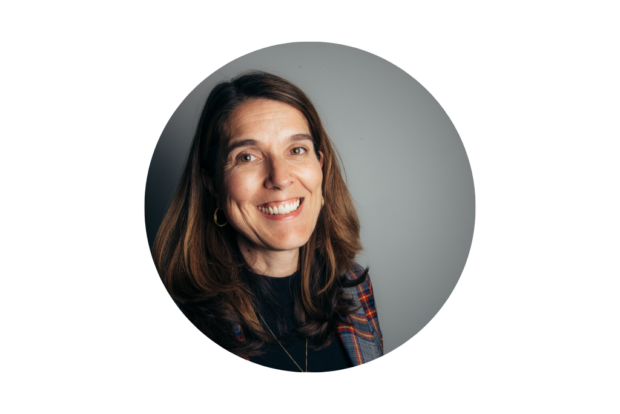 Megan is the Executive Director & General Counsel at LEAF. She leads and manages LEAF’s legal activities and daily operations, and works with the Board to develop the vision and strategic plan for the organization. She provides leadership, expertise, support, and direction to LEAF’s work on litigation, law reform, and public education, including acting as counsel for LEAF in its court interventions. Megan holds both a B.A. (McGill) and a Master’s degree in Sociology (Carleton), where her research focused on the use of violence by young women and girls. She has law degrees from McGill (LL.B./B.C.L.), and Columbia (LL.M.). She clerked at both the Court of Appeal for Ontario (for Labrosse, Laskin, Goudge and Sharpe JJ.A.) and for Chief Justice Beverley McLachlin at the Supreme Court of Canada. She was called to the Ontario bar in 2003 and spent more than a decade as Crown Counsel, where she developed an expertise in appellate litigation involving sex work, human trafficking, sexual assault, and sentencing. From 2017 through the spring of 2019, Megan was Commission Counsel to the Public Inquiry into the Safety and Security of Residents in the Long-Term Care Homes System. Outside of work, you can find Megan enjoying time with her three children and husband, ideally on a mountaintop or by a body of water. 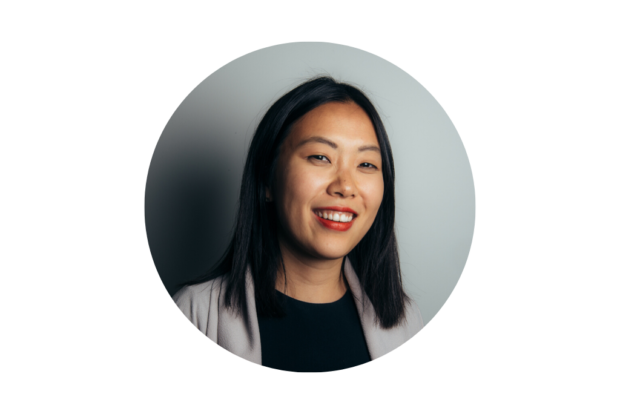 Rosel contributes to the development and management of LEAF’s cases. She also conducts legal and other research in support of LEAF’s work on litigation, law reform and public legal education. She holds an MA in English Literature and common and civil law degrees from McGill University. Called to the bar in 2016, Rosel began her career as an associate at a Bay Street firm and was most recently at a financial technology company. She is one of the founding members of Asian Canadian Women’s Alliance, a coalition of Asian Canadian-identifying women advocating for systemic change through a feminist and anti-oppressive lens. In 2017, she was selected as one of the 25 CivicAction DiverseCity Fellows in the Greater Toronto and Hamilton region for her leadership potential. Her writing on race, gender and identity have appeared in Huffington Post Canada, Precedent Magazine and GUTS Magazine. Outside of work, Rosel enjoys trying out different hot sauces and reading books. 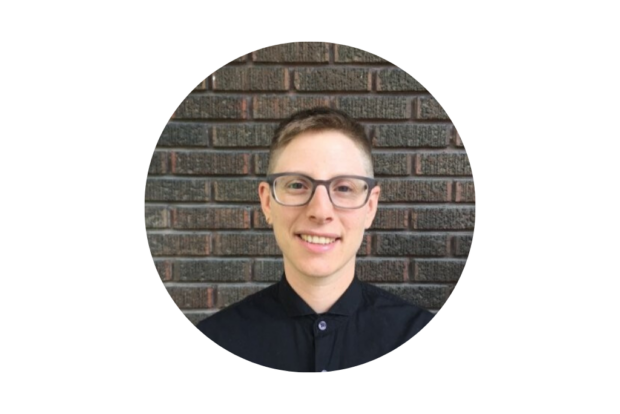 Cee contributes to the development and management of LEAF’s cases. They also conduct legal and other research in support of LEAF’s work on litigation, law reform, and public legal education. Cee articled with the Canadian Civil Liberties Association (CCLA), following which they managed a CCLA consultation project to hear from youth and educators about their civil liberties concerns. Cee has worked as an associate at a criminal defence firm in Toronto; as a legal assistant at a civil litigation firm in Montréal; and as a law clerk for Justice Sheilah L. Martin at the Supreme Court of Canada. They received their B.C.L./L.L.B. from McGill University in 2016, graduating with the Elizabeth Torrance Gold Medal. They also hold an M.A. in Communication Studies from McGill. Cee was called to the Ontario Bar in 2017 and will be called to the Barreau du Québec in May 2020. Throughout their st­udies and working life, Cee has volunteered with the Prisoner Correspondence Project, a queer and trans prisoner penpal program. Cee loves all things queer, nerdy, and Jewish – see if you can spot them biking around town on their way to a show, a D&D game, or Shabbat dinner. 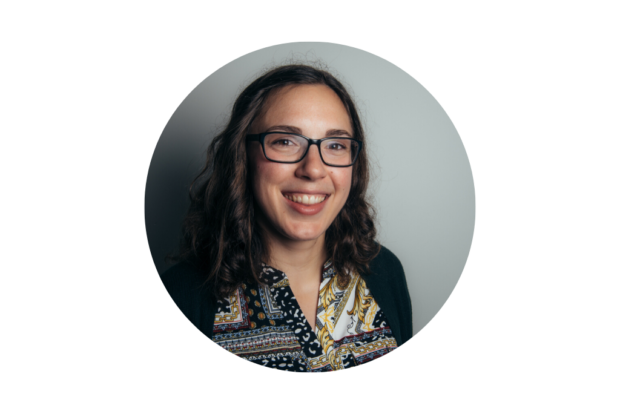 Kat is the project director for LEAF’s Feminist Strategic Litigation Project. Her work focuses on examining the impact of LEAF’s work, connecting with individuals and organizations advancing gender equality, and planning for LEAF’s litigation work moving forward. Prior to joining LEAF, Kat worked as a staff lawyer at the Long-Term Care Homes Public Inquiry, and as an Assistant Crown Attorney at College Park. She holds law degrees from the University of Toronto and New York University. Outside of work, you will find Kat passionately cheering on Liverpool F.C., playing Ultimate Frisbee, or listening to whatever her current podcast obsession happens to be. 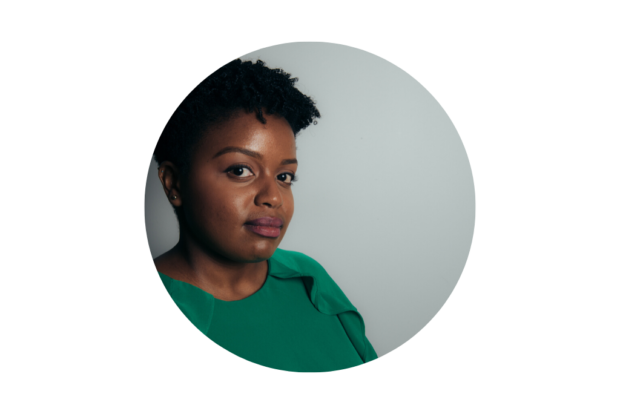 Grace is the Manager of Finance & Human Resources at LEAF. She is responsible for managing all things financial for LEAF. She holds an MBA Degree with specialization in Accounting from Shulich School of Business, along with an Honours Bachelor of Business Administration with a Major in Finance from University of Windsor. Grace has over 10 years of work experience in the Finance field, she started her career in banking and worked in wealth management for 5 years before switching to non-profit. In her spare time, she loves to bake and traveling to new countries. 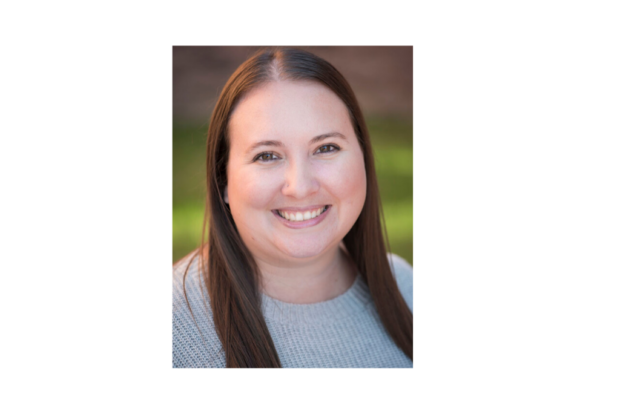 Megan is the Fund Development Manager at LEAF, responsible for leading and managing LEAF’s fundraising program. Prior to joining LEAF, Megan worked at Amnesty International in Philanthropy & Major Giving. Before transitioning into fundraising, Megan spent more than six years working as a national journalist for Global News, reporting on a number of human rights and social justice stories. In 2016 Megan was nominated for a Canadian Screen Award. Megan holds a degree in Media Studies from the University of Guelph; a Diploma in Journalism, and a Post-Graduate Fundraising Management Certificate, both from Humber College. 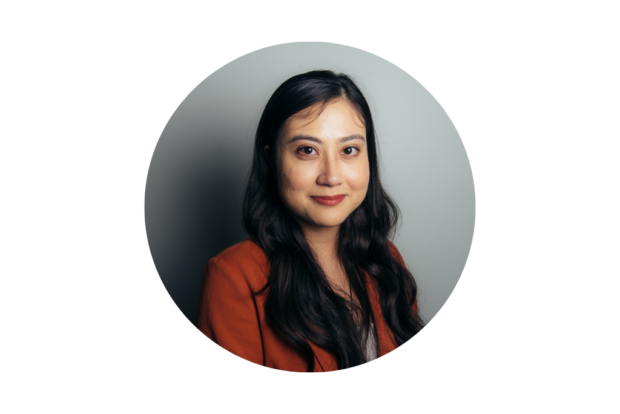 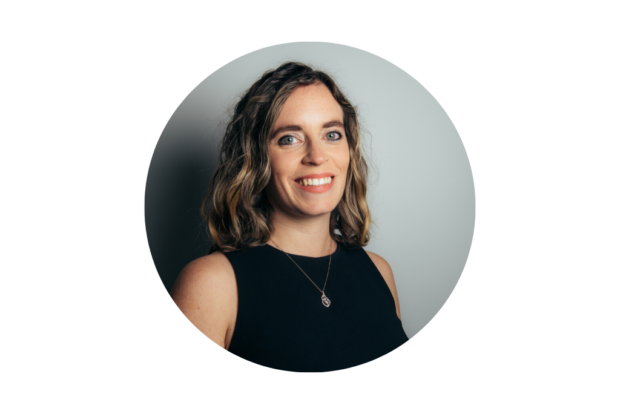 Nicole joined LEAF as an Articling Student in 2019 and is now working as LEAF’s Legal Researcher. She assists LEAF’s legal team, including the Executive Director and General Counsel, staff lawyer and pro bono counsel, in all aspects of their work, including conducting legal research, providing opinions, drafting case proposals and memoranda on possible law reform projects, as well as summaries of recent decisions, and analyzing cases and laws that may be relevant to LEAF’s work. Prior to LEAF, Nicole has provided advocacy and support within the criminal justice and family legal systems, working at the Victim Witness Assistance Program and the Barbra Schlifer Commemorative Clinic. In the UK, she worked as a researcher, trainer and advocate in a hospital program for pregnant women experiencing violence. Nicole interned for the Secretary General of Amnesty International and taught critical thinking and research skills to Chinese high school students in Shanghai. Most recently, she managed the Advocacy and Human Trafficking Programs at Boost Child & Youth Advocacy Centre in Toronto. Nicole holds a law degree from King’s College London, UK and a Masters in Human Rights Law from the University of London, UK. Nicole lives in Toronto with her partner and her two wonderful children. She loves to dance, finding any opportunity to do so, and loves to cook new and exciting meals.

For any information about gift processing and office administration, please contact us at