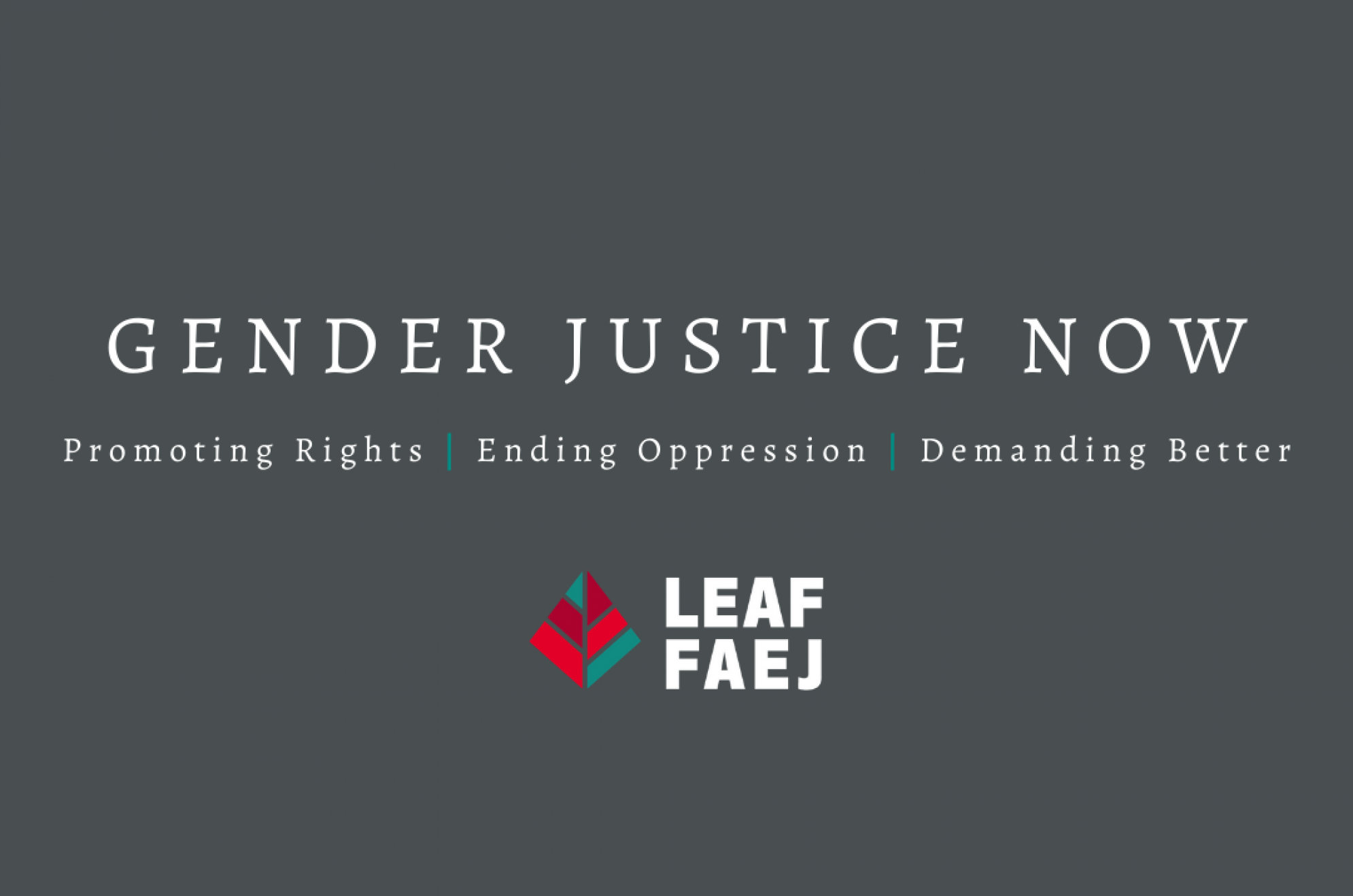 Our first panel in the Gender Justice Now series explored the role and use of intersectionality in gender justice advocacy and work.

The panel featured Grace Ajele (Calgary Legal Guidance), Jena McGill (University of Ottawa, Faculty of Law – Common Law Section), and Sarah Jama (Disability Justice Network of Ontario), with moderator Rosel Kim (LEAF National). You can see bios for our panelists below. A transcript of the panel is available here.

Grace works as a Domestic Violence Family Law lawyer at Calgary Legal Guidance (CLG), a non-profit law firm which aims to guide vulnerable Albertans through the legal system. Grace is passionate about reforming systems that perpetuate injustice. While obtaining her law degree at the University of Calgary, she became a founding member of the Black Law Students Association – U of C chapter, and was involved in various Pro Bono projects including those centred around housing rights, prisoners’ rights, and gender discrimination. Grace seeks to apply an intersectional approach to all her work at CLG, and to advocate for clients in a way that centres their voices, autonomy and experiences. Grace has also practiced criminal law, tenancy law, and human rights law.

Sarah Jama is a community organizer from Hamilton, Ontario. She is the co-founder of the Disability Justice Network of Ontario (DJNO), an organization committed to building the political and community power of people with disabilities. She currently works at the Hamilton Centre for Civic Inclusion as the Senior Program Coordinator. In her current role, she is building leadership curriculum for youth around organizing inside and outside political structures, to be disseminated locally at different schools. Sarah can be reached at [email protected].

Jena McGill (she/her) is an Associate Professor in the Faculty of Law at the University of Ottawa, located on the traditional, unceded territory of the Algonquin Anishnaabeg people, and a member of the Law Society of Ontario. She holds law degrees from the University of Ottawa and Yale Law School, and was a law clerk at the Supreme Court of Canada. Jena teaches courses to law students and conducts research on topics including Canadian constitutional law, feminist legal theory, gender, sexuality and the law, and access to justice.

Rosel is a staff lawyer at LEAF, where she contributes to the development and management of LEAF’s cases and law reform work. She holds an M.A. (English Literature) and B.C.L/LL.B. from McGill University. Her writing on race, gender and identity have appeared in Vancouver Observer, Precedent Magazine and GUTS Magazine.