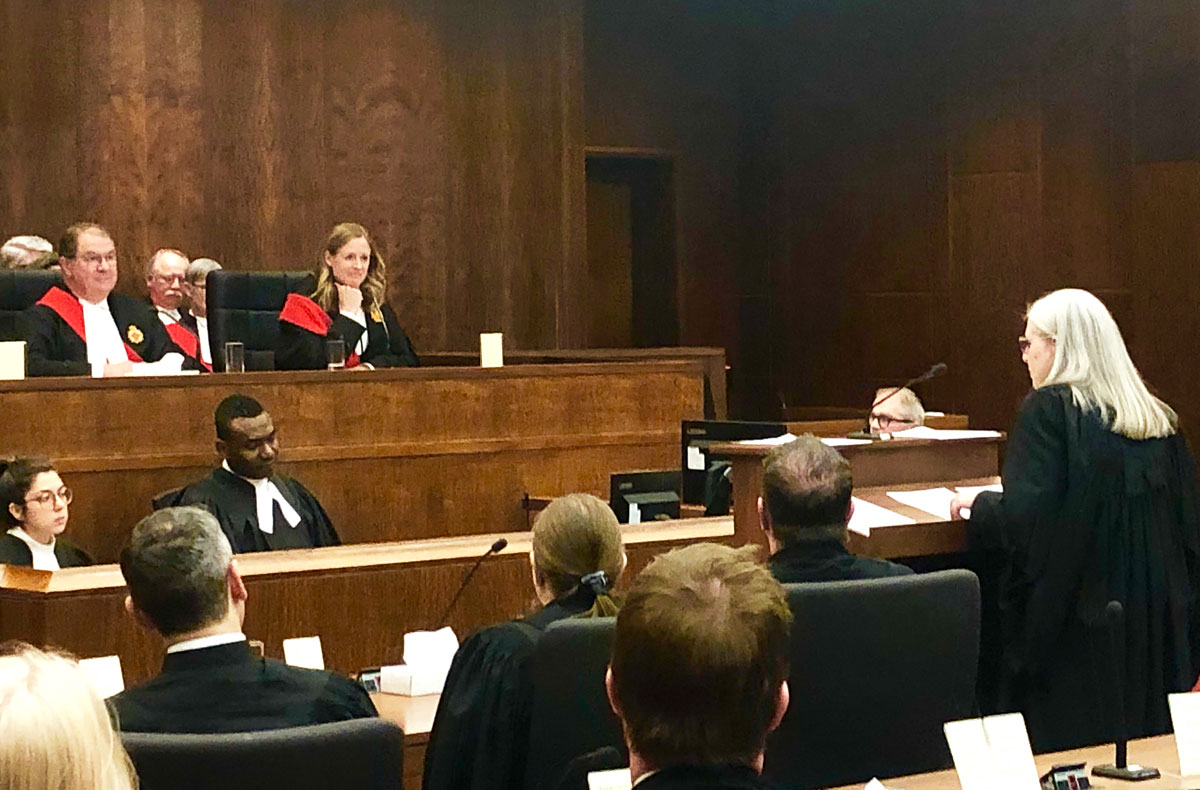 On March 26, 2019, the swearing-in ceremony for Justice Shaun O’Brien was held.

Justice O’Brien was appointed a judge to the Superior Court of Justice of Ontario in Toronto in January 2019.

“…Justice O’Brien’s appointment to this Court is consistent with the thread that has run through all her career choices – putting selfless service and a passion for justice above personal interest,” said Dr Elizabeth Shilton, LEAF’s Interim Executive Director and Board Chair during her remarks. “It’s a lot to ask of our judges, but it’s what we need from our judges.  In Justice Shaun O’Brien, we have found it. Congratulations to all involved in making this very fine appointment.”