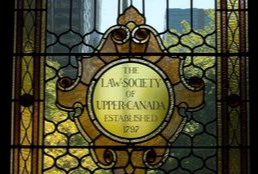 LEAF is profoundly disappointed by the outcome of the Law Society of Ontario (“LSO”) Convocation that took place on September 11, 2019, where a majority of the Benchers (members of the governing board of the LSO) voted to repeal the requirement for lawyers or paralegals (collectively, the “licensees”) to maintain a Statement of Principles. Under this requirement, each licensee would draft and maintain a statement that confirms their obligation to promote equality, diversity and inclusion, and to treat their colleagues, employees, clients and public with respect. Prior to the Statement being repealed in its entirety, another motion to make the Statement voluntary also failed.

Background on the Statement of Principles

In September 2016, a group of Benchers in the Challenges Faced by Licensees Working Group published a report called “Working Together for Change: Strategies to Address Issues of Systemic Racism in The Legal Professions,”after conducting extensive consultations on the lived realities of racialized licensees and articling students in Ontario. As a result of these consultations and written submissions from lawyers, paralegals, law students and members of the public, the Committee provided 13 recommendations to be implemented by the LSO to achieve greater equality in the legal profession. The LSO adopted all 13 recommendations from the Committee at its December 2016 Convocation. The Statement of Principles was just one of those 13 recommendations, which were supposed to be implemented in multiple stages.

The Statement of Principles is a statement to be produced by every licensee in Ontario, where each licensee acknowledges their obligation to promote equality, diversity and inclusion generally, and in their behaviour towards colleagues, employees, clients and the public. Licensees were not required to share their statement with the LSO or with the public; instead, they had to confirm annually that they had produced and maintained the statement.

Why the repeal is worrisome

The repeal of the Statement of Principles indicates a deep misunderstanding of substantive equality by the members of a profession that are required to interpret and apply the law, including equality and non-discrimination provisions. We echo the sentiments expressed in a paper co-written by Mary Eberts, one of LEAF’s founding mothers, Heather Ross and Nadine Otten: “We are deeply concerned that this resistance to the values of human rights, including equality diversity and inclusion, has now taken hold in the [LSO], and believe that it is time for informed reflection and a recommitment to the [LSO’s] undertaking to promote these values.”

We are further troubled by negative reactions from some of the Benchers towards a motion brought by Bencher Sidney Troister, which requires every licensee to acknowledge in their annual report that they have a special responsibility to respect the human rights laws of Ontario, specifically not to discriminate on the grounds identified in the Ontario Human Rights Code, such as race, ancestry, place of origin, colour, ethnic origin, citizenship, creed, sex, sexual orientation, gender identity, gender expression, age, marital status, family status or disability. Essentially, the new motion requires licensees to confirm that they are abiding by the existing law of equality in force. The motion ultimately passed, but not without resistance and debate from the Benchers who were unwilling to acknowledge even this minimum compliance with the existing human rights laws on equality.

For over 30 years, LEAF has been at the forefront of its advocacy for substantive equality; we have worked tirelessly to advance a contextual and nuanced understanding of equality through litigation, law reform and public education initiatives. LEAF commits to advancing substantive equality by advocating for the rights of women and girls, fighting systemic oppression and amplifying the voices of Indigenous women and women facing multiple intersections of oppression.

The need to fight for equality is pressing. Please consider supporting LEAF’s efforts in advancing substantive equality by
donating to LEAF.